When I set out to round-up clothing stores for men in Sarasota, I didn’t realize how difficult it would be. The first people I asked to interview actually refused—most said they didn’t even shop in Sarasota. And even the people who did talk to me noted that I’d picked a daunting topic.

The problem, Battie says, is not necessarily the lack of offerings, but the men themselves.

“A lot of guys don’t take pride in how they dress, so it’s not like if you had a men’s store downtown that you’d be falling out of your store with customers,” he says. “Guys just dress for comfort.”

That’s an adage stylist Jessica Papineau has found to be true. She owns Sarasota-based concierge styling company Customized Styling by Jessica and works with a variety of local women and men. Often, her relationship with a couple starts with the woman. She’ll get her female clients to a point where they’re confident in their presentation and  image. That’s when their husband or boyfriend starts wondering, “‘What about me?’”

“My client’s boyfriend or husband will think, ‘I better up my game, because she looks so good,’” Papineau says. “Men want it to be easy. They don’t like complicated.”

Anyone who has ever dated a man will likely relate to that sentiment. Getting dressed is about taking time and stress away from the process, not adding it in.

Part of that is simply exposing men to what’s available in the Sarasota market.

“It’s all about fit and fabric,” Papineau explains. “Men want to be comfortable in their clothing and have the right soft fabric that flatters their body, but they just don’t know that it exists.”

So much of creating a daily wardrobe centers on forming a personal style rather than relying on trends. Battie calls it a fingerprint. If your style of dress becomes a way in which someone can identify you, you’ve done your job.

“You’re your best advertisement,” he says. “I try and make sure that I advertise myself in a certain way.”

Battie hopes for a day when the men of Sarasota can be finally fully represented at a centrally located, one-stop men’s store.

“If you could just walk into a decent men’s clothing store that is geared towards men, I think that would change the fashion landscape for men in Sarasota,” he says.

We asked Battie and Papineau for some of their favorite Sarasota stores for men. Here’s what they told us, with some specific recommendations thrown in along the way.

Downtown Sarasota’s Lotus may be the shop to meet the men’s moment here. While it currently sells merchandise for men, its plan is to expand to a full men’s section within the next year, according to manager Heather Romberger.

Papineau is a big fan of Blend Fashion House for clients who want an expensive-looking outfit at a lower price point. In particular, she likes a suit sold in the store that’s lighter and stretchier than the average piece.

“There’s a lot of value in it, because someone that’s on a budget could invest in it and have it for a long time,” she explains.

Sarasota-Manatee is a treasure trove of vintage and consignment stores, and that goes for men as well as women. Battie is never above popping into a thrift store to see what he can find. He’s purchased Christian Dior pieces from Salvation Army and blazers he still wears from the Lakewood Ranch location of Fifi’s Fine Resale Apparel, which also has an outpost at 1905 S. Osprey Ave. in Southside Village. Combing through secondhand items is all about having the right eye.

“A lot of people come from the North and have a good sense of style and a good sense of fashion, and they get rid of their clothes and send them to Goodwill or the Salvation Army,” Battie says. “So that’s a good place to find clothes that you wouldn’t necessarily find around here.

For the Sarasota man who likes to surf or skate, Compound Boardshop is the place to go. Its highly versatile apparel can take someone from the beach to a restaurant and is perfect for a younger guy who doesn’t want much fuss when it comes to clothing.

Owner Jacob Shields has a few favorites that he recommends for customers wanting to update their spring look: the men’s OluKai Ulele sandal, the Vuori Kore short and a Howler Brothers snapshirt that would look right at home on the sand or at a bar.

Sarasota’s luxury St. Armands outpost, The Met, is a popular choice for men who want to focus on “quality fit and good tailoring,” according to store owner Geoffrey Michel.

“Our brand structure is beach to black tie, because we believe a gentleman’s wardrobe should be well-collected,” he says.

At the moment, performance yarns and fabrics with built-in comfort are popular. The store sells dress shirts, suits and trousers with full stretch and the feel of activewear, but  with a look that is “dignified, dressy and elegant,” Michel says. For specific brands, he recommends Eleventy Milano as well as classics like Canali, Ermenegildo Zegna and Etro.

Papineau knows that Sarasota is not the perfect place to assemble a full wardrobe for a man. That’s why she sells clothes through her concierge styling company. One of her favorite brands for guys is Paige, a denim and lifestyle clothing brand with pants and jeans priced around $199.

Papineau has a few favorite cuts and fabrics for men. She likes Paige’s Federal and Lennox styles when it comes to denim. The Federal is a slim straight fit with soft and stretchy fabric.

“Many of my male clients over 50 love this denim because they get a little bit of the trendy slim look without it being too skinny,” she explains.

Meanwhile, the Lennox is great for younger clients in their thirties and forties who want a more slim-fitting look. Paige also has soft t-shirts with “a high-quality fit and feel”—Papineau likes the Cash crew and Grayson V-neck.

Finally, we have a recommendation for the Sarasota man who wants something a little more specialty and entirely unique—custom suiting and clothing. Sarasota has two great options for men who want an outfit they probably won’t find anywhere else: Tweeds Suit Shop and Cravats’ Custom Clothiers and Haberdashery. Both businesses work with the customer to create something perfectly tailored to them.

Tue Mar 1 , 2022
Hair salons work wonders for both the appearance and confidence of their customers. However, get a bad haircut and the opposite is true, which is why picking a trustworthy person to handle your hair is imperative. Here are four local businesses you can rely on for all of your hair-related […] 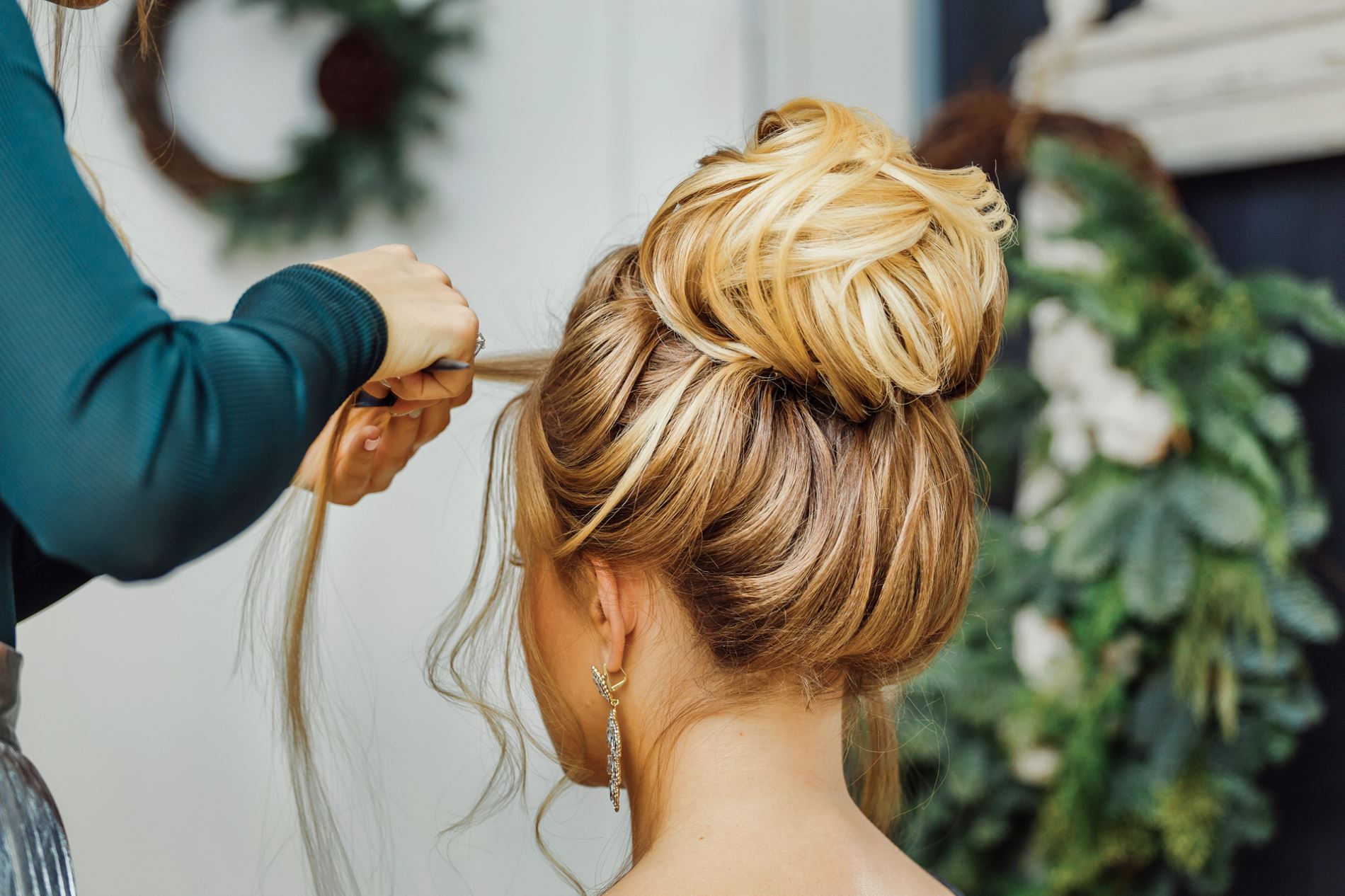