The best part of a weeklong, 16-person bracket? It’s only Wednesday, but we’ve already locked in the semifinals. And hoo boy, what a semifinal round it’ll be. Shai Gilgeous-Alexander just squeezed past Timothée Chalamet, who will surely return with a vengeance in 2023. Steve Lacy’s youthful, TikTok-enhanced vibes beat out Chris Pine’s classicism. On the other side of the bracket, A$AP Rocky brought Adam Sandler’s fairytale run to an end, while Kendrick—deep in his high-fashion era—dethroned the red carpet-dominating Andrew Garfield.

Which means we’re down to four. SGA and Steve Lacy will engage in perhaps the highest-fashion matchup this tournament has ever seen, while Rocky and Kendrick will battle for hip hop fashion preeminence. Voting is now open on GQ’s Instagram, and will run until this time tomorrow. Go cast your vote, and then hustle back here tomorrow to see who’ll be facing off in the finals to be crowned the Most Stylish Man of the Year, as voted by you.

And just like that, Round One is in the books. For the most part, the favorites prevailed: young guns Timothée Chalamet, Steve Lacy, and Shai Gilgeous-Alexander advanced past Rhuigi Villaseñor, Steve Harvey, and Seth Rogen respectively. Elsewhere Chris Pine edged past Donald Glover, while A$AP Rocky skipped past Steven Yeun and Andrew Garfield dispatched Austin Butler. Two arguable upsets, depending on who you ask: Kendrick Lamar dethroned LeBron James, and Adam Sandler—Adam Sandler!—knocked off Pete Davidson to advance to the second round.

All of which leaves us with a thrilling set of quarterfinal matchups. Chalamet and SGA will duel (presumably both while wearing leather pants), and elder statesman Chris Pine will tango with newcomer (but no pushover) Steve Lacy. A real blue-chip contest will see Andrew Garfield and Kendrick Lamar go head to head, while easily the most compelling matchup of the second round will pit odds-on favorite A$AP Rocky against everyone’s favorite underdog Adam Sandler. Voting is now open on GQ’s Instagram, where it will continue for the next 24 hours. Go cast your vote, and then check back here tomorrow to see how things shake out.

The best-of-the-year lists have been debated, assembled, and published. Year-end honors have been collected. The holiday season is upon us. Which means that there’s one more thing to do before we all settle in for the holiday break: it’s time for GQ’s readers to vote for their most stylish man of the year.

If the past few years in red-carpet menswear have been defined by a hazy, late-pandemic sweats-giving-way-to-suits vibe, 2022 was, to borrow a phrase, back outside. The world’s most ambitious dressers—as the Biggest Fits of 2022 happily attest—were back to being their bad selves. But only one of them will be crowned—by you—the Most Stylish Man of the Year.

Thu Dec 15 , 2022
Our hairstyles say alot about our personalities and we would do anything to protect it from damage. Trying out new products can be overwhelming because you don’t know what they would do to your hair. But is it with every product or are you just using the wrong ones? While […] 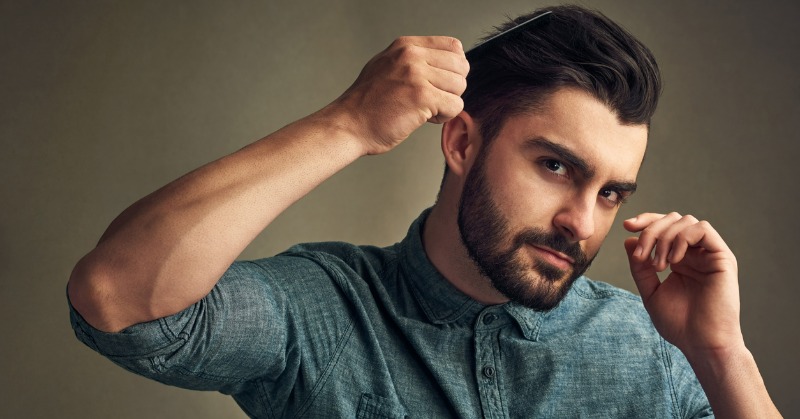