Black men facing a receding hairline have three choices: Go full Michael Jordan and shave your head; learn to live with it and style your remaining hair accordingly; or seek out a hair restoration treatment. The most common cause of a receding hairline in Black men, and most men in general, is a condition called male pattern baldness — known clinically as male androgenetic alopecia. It’s hereditary and not preventable.

There are some ways to prevent a receding hairline that is triggered by certain styling methods, but once your hairline starts making the slow retreat from your forehead, you may want to consider treatment options that may help bring your desired hairline back.

An estimated of men experience some degree of male androgenetic alopecia by age 50. The prevalence of male pattern baldness tends to be lower among Black men compared to white men, according to research in the Journals of Gerontology.

A receding hairline can be initially diagnosed by observing the pattern of hair loss. Looking at your current hairline and comparing it with pictures that show a more forward hairline can be helpful.

If it appears the change in your hairline is male pattern baldness, then no tests are needed. But if you are also losing hair in patches on your head or if you have a rash or other changes to your scalp, then screenings such as a skin biopsy and blood test may be needed for an accurate diagnosis.

Male androgenetic alopecia is the number one cause of a receding hairline for Black men. Though scientists are still learning more about the causes of male pattern baldness, it appears to be due to a change in certain hormones (androgens). You may also have a genetic predisposition to having a receding hairline.

However, male pattern baldness isn’t the only reason your hairline may be moving. The way you style your hair may be accelerating your hairline’s retreat. Dreadlocks, braids, and cornrows all can cause hair loss in some men. Fortunately, because hair damage is the cause and not hormone changes or genetics, you may be able to halt and possibly reverse some of that hair loss.

While you can’t change your genetic makeup or your age, there are some steps Black men can take to try to prevent or at least slow down hair loss. Two key preventive measures are gentler hairstyling practices and medications that support healthy hair growth.

When styling practices such as cornrows or dreadlocks cause hair loss, the condition is known as . The repeated pulling and stress on the hair, as well as the additional weight of having hair in long braids, can cause hair loss over time. The twisting of hair goes against its natural curl or kink, which can eventually cause the hair bulb that grows new hair to detach from the hair follicle just under the surface of the scalp.

Letting your hair grow more naturally and avoiding styles that pull the hair or require harsh chemical treatments may help you avoid traction alopecia and other damage to your hair and scalp.

The use of certain medications may help prevent a receding hairline and hair loss on your head. Minoxidil (Rogaine), at a , is often effective for men. Minoxidil expands blood vessels to promote more circulation to the scalp, which can help promote hair growth. The medication may also help increase hair follicle size, which can lead to thicker hair growth.

Finasteride (Propecia) is a prescription oral medication that actually affects androgen levels in the body, meaning it gets to the root of male pattern baldness. Finasteride may be associated with some potential side effects, including sexual dysfunction.

Maintain a healthy lifestyle that includes seven to eight hours of sleep each night, a heart-healthy diet, regular exercise, and stress-reduction practices – including meditation, breathing techniques, yoga, and other calming behaviors. Stress is associated with hair loss, so if you can chill a little more, you may keep a little more of your hair.

In addition to a family history of baldness or a receding hairline, several other risk factors can lead to hair loss, either at the hairline or elsewhere on the head. Among the more common risk factors are:

You can approach treatment from a few angles, depending on your budget and the extent of your hair loss.

If traction alopecia is at the root of your receding hairline, then treating your hair more gently may help bring back some lost hair. If not, may at least help stop any further hair loss. Though some lost hair may grow back, depending on what caused it to stop growing in the first place, you have choices for treating male pattern baldness.

Minoxidil and finasteride may bring back some hair growth, but if not, they may at least stop your hairline from receding further.

Also called a hair transplant, hairline restoration is a medical procedure that involves the removal of hair follicles from a donor area on the back of your head and the grafting of those follicles onto the front of your scalp. Following hair restoration surgery, you will need to remain on minoxidil and finasteride for the rest of your life to maintain the hair restoration.

One challenge for Black men with this approach is that their donor hair tends to be less dense. In other words, there are fewer hair follicles to harvest. Another challenge is that those with significant loss are not candidates for hair transplants.

Red light therapy, also called low-level laser therapy and cold laser therapy, uses photons aimed at the scalp to stimulate hair follicle cells and cause them to grow hair. This therapy is generally safe and is less invasive than hair replacement surgery. However, it doesn’t work for everyone.

PRP therapy is a form of treatment that uses components of a person’s blood called platelets to help promote healing. For people with androgenetic alopecia, platelets injected in the scalp in areas of hair loss may promote new hair growth.

Stem cell treatment for hair loss involves harvesting stem cells from small tissue samples. Stem cells can develop into other cells in the body. When used to treat hair loss, stem cells are used to grow hair follicles that are then transplanted on the scalp.

Similar to cosmetic tattooing, (SMP) involves tattooing a pattern of a tiny dots on the scalp to reduce the contrast between thinning hair and the scalp. This contrast makes the existing hair look thincker.

The use of minoxidil or finasteride to halt a receding hairline can be effective, but only for as long as you use the medications. Once you stop using them, hair loss eventually starts up again. Hair restoration, however, can be a more long lasting solution.

But if you have lost hair due to a medical condition or as a side effect of medications, cancer treatment, or similar cause, it’s possible that hair growth may resume once the underlying cause of hair loss is resolved.

Sat Apr 2 , 2022
If you’re a tennis player, you might think you’ve got it made if you have a durable racket. While your racket is undoubtedly important, don’t underestimate the importance of a reliable pair of shoes. Worn-out shoes can hinder your performance just as much as a racket with a lousy handle […] 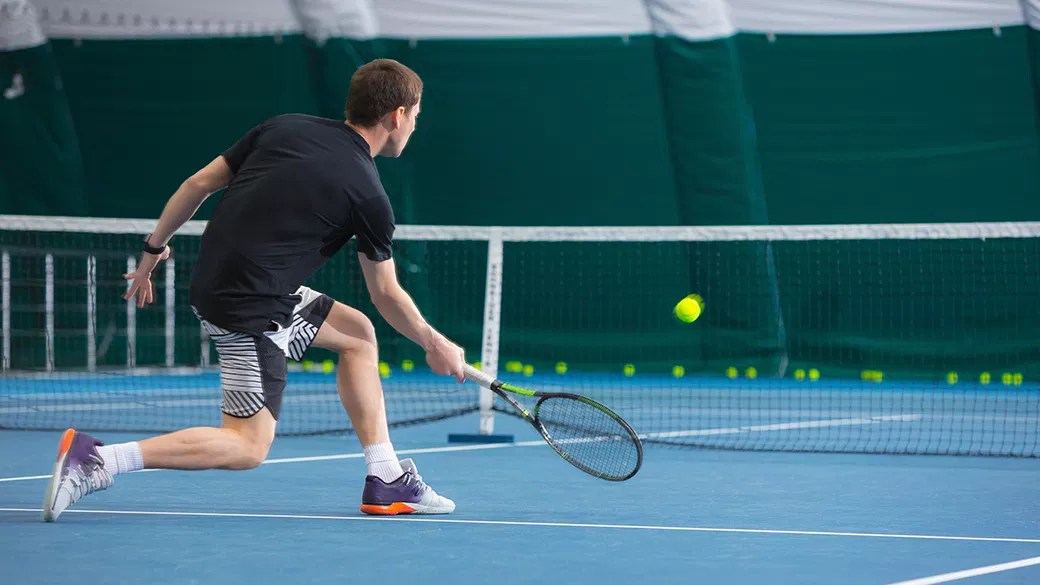