Menswear these days is becoming more prevalent in the fashion conversation (You can wear whatever you want regardless of gender)! Men with style might have been missing from your radar for while, but we can assure you they are out there. A well-tailored suit isn’t the end all be all of menswear; there are facets from good layering, building personal style, and playing with shapes and colors that make for a well-dressed man. You’d be surprised at how much guys care about what they wear aside from the “hypebeast” sneaker fanatic.

From the red carpet to NBA tunnel walks to the literal street, these men are the best-dressed men right now. They might have stylists creating a cohesive closet for them, and honestly, we get it; looking amazing without having to think about it is heavenly. The men that we think probably just have great style sans stylists’ help definitely are the standouts in this roundup.

We hope this will be helpful to your style evolution and will give you the inspiration you need and encourage you to take fashion risks like these men to elevate your style.

Tyler, The Creator, is not new to world-building, and with that, he’s created a style that he’s stuck to for years with loafers and tailored trousers, and sweater vests. He’s the definition of good personal style.

The young actor has come a long way on the red carpet, and we’re starting to get more of a feel for who he is from a fashion standpoint. Look at those muscles; I mean, look at this put-together outfit. It’s casual for the red carpet, but it works.

Has this nepobaby never not worn a cool outfit? We think not. Jaden Smith, one of the four famous Smiths, has been quite the style icon for years. He was one of the first to make boys wearing skirts and crop tops cool and caught the brunt of the hate for it too. Now, he’s got his own clothing line and is a big advocate for sustainability in not just fashion but every aspect of it.

Instagram’s favorite fashion boy Luka Sabbat has made a name for himself in his acting, but his fashion sense is what definitely put him on everyone’s radar. His signator-tinted aviators never disappoint. He can be seen wearing wide-leg trousers, Chrome Hearts jeans, structured jackets, and even all leather on his Instagram.

TikTok’s favorite fashion boy has a wide range of styles. He’s one of the only people I’ve seen pull off Rick Owens Kiss Boots, and he wears them like they don’t make him another six inches taller than he already is. You have to follow his TikTok if you haven’t already; there’s so much style inspiration.

This actor is having a fashion moment, but it’s quieter than our beloved Taylor Russel’s, so we’re bringing the spotlight to him. He’s been seen to play with shapes the most, and we love to see it. On top of being a wonderful actor, his style evolution on the red carpet is worth keeping watch.

Music’s most talented artist is also music’s best-dressed artist. It might be his rumored girlfriend Tessa Thompson’s great style rubbing off on him, but from what we’ve seen, he seems to have his own unique style.

Other than being a talented basketball player, Russel Westbrook might have a bright career in styling unless he has a stylist always on deck, but from this look to his other tunnel walks and his most recent Thom Browne look at the Met Gala, his personal style is very playful and still well-fitting to him.

The Rap goat, has really stepped into his sartorial bag this era in support of his most recent Grammy-nominated album “‘Mr. Morale and the Big Steppers,” Kendrick is dapper as ever—but done his own way. From his flared black suit at the Superbowl to performing at the Louis Vuitton show earlier this year wearing a custom LV suit. He’s playing with proportions and challenging what is sartorial.

Yahya is a quintessential movie star, and his wardrobe reflects that. He’s a modern-day movie star much in the wheelhouse of Poiter but make it 2022. From sleek Prada suits to fear of god on off-duty days to Bottega, he’s of the moment always.

Wed Dec 14 , 2022
Shah Rukh Khan’s hairstyle is as iconic as him and the badshah of Bollywood has been experimental with his looks with different roles in films. SRK’s hairstyles have a filmography of their own as they change with each and every role that he choses. © Shah-Rukh-Khan/InstaGRAM Recently, The first song […] 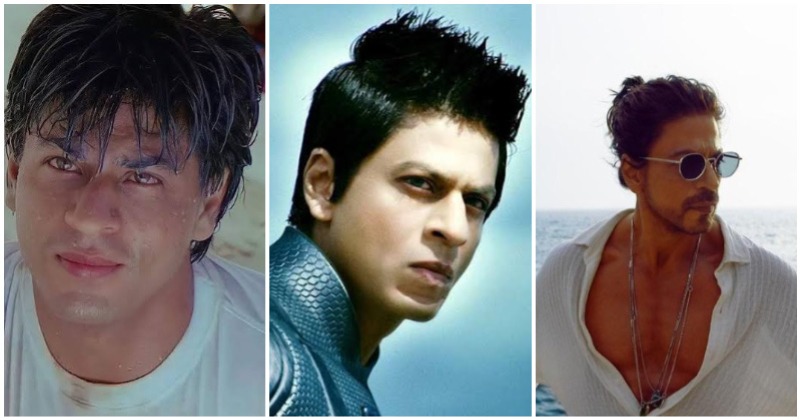