Introducing Steven Ma, the founder of an emerging, gender-fluid accessory brand, who draws on the cracks in familial relationships to create architectural designs accented with semi-precious stones

With the traditional boundaries of gendered fashion increasingly blurred, the distinctive point of view of Steven Ma, founder of an emerging, gender-fluid accessory brand based in London, is primed for success.

Ma, who hails from China but has spent a significant proportion of his life living abroad in Australia, the United States and Europe, has delved into the inherent duality of his lived experiences to create his eponymous brand, offering a collection of leather accessories – ranging from handbags to footwear – that is built on contrasts. Each design is a conscious articulation of the rebellion against normative standards that Ma has embraced during his life. The inaugural collection is a powerful study in the natural versus the manmade, the ephemeral versus the permanent, and other similarly opposing forces. 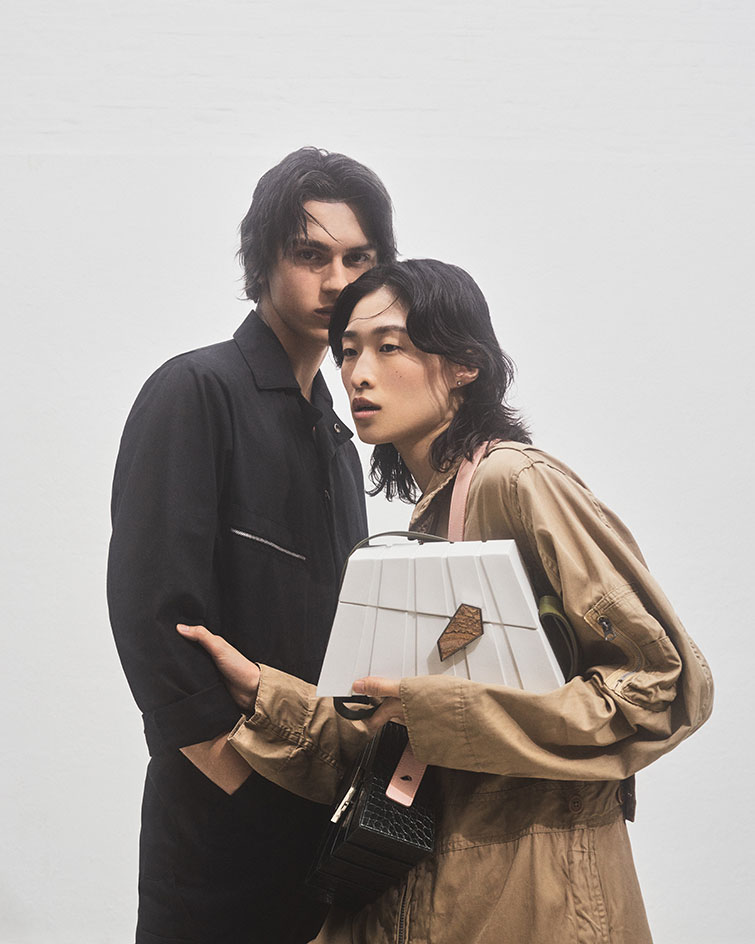 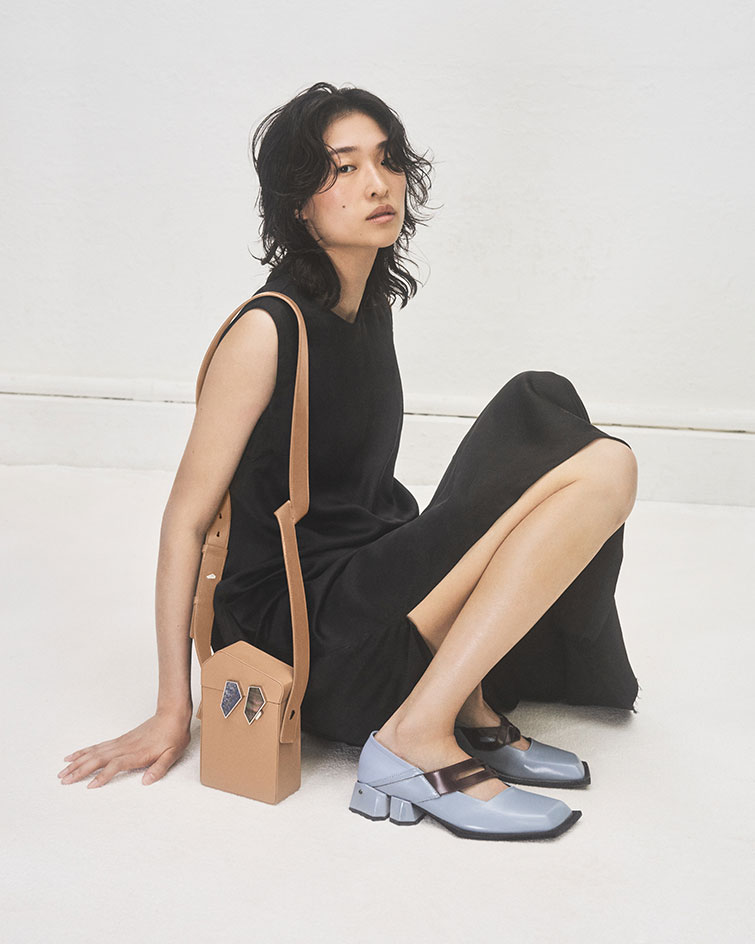 A graduate of Parsons School of Design in New York, London-based Ma initially planned to continue his studies in fashion business in Paris, but dropped out once industry insiders began paying attention to his designs. Architectural in shape and adorned with natural semi-precious stones, his inaugural line of trapezoidal handbags, stacked-heel loafers and angular Chelsea boots with oversized soles brings an obvious elevation to staples. However, as design-driven as his creations are, they have their roots in spirituality and emotion.

‘The first design I created was inspired by the conflict I had in my relationship with my family,’ says Ma. ‘From there, I realised that I want to have this label express my feelings and my thoughts in a physical format. I also wanted to create a community that would understand what design and a new idea of luxury was about, and [to encourage] emerging designers to not be afraid to express themselves. I want to break down the boundaries of traditional luxury and create good quality, meaningful products.’

The starting point for Ma’s label was a hard-case leather handbag – one the brand’s signatures. Crystalline in structure and embracing all the idiosyncrasies of stones in the natural world, the handbag’s irregular, highly tactile façade has been 3D-printed and then wrapped in leather to ensure a crisp and sophisticated finish. Completed with a clasp inlaid with semi-precious stones, such as malachite or sandstone, each sculptural bag oscillates between being a functional object and covetable work of art.

‘To me, it just sounds funny that even today in this era, we are still holding onto stereotypes, like men cannot wear heels and cannot carry purses’ – Steven Ma 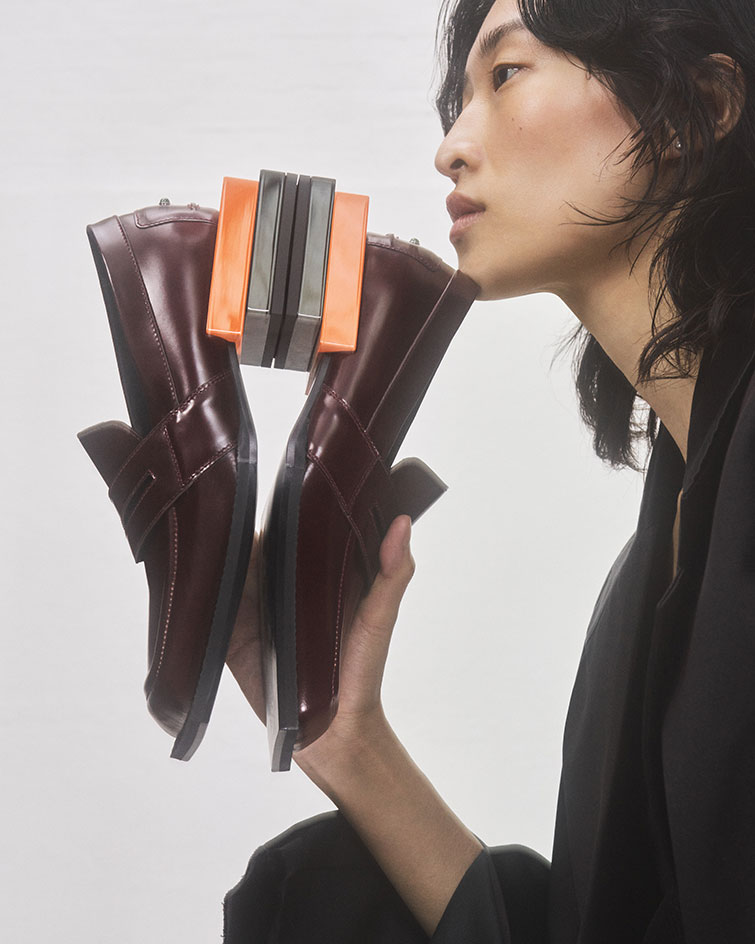 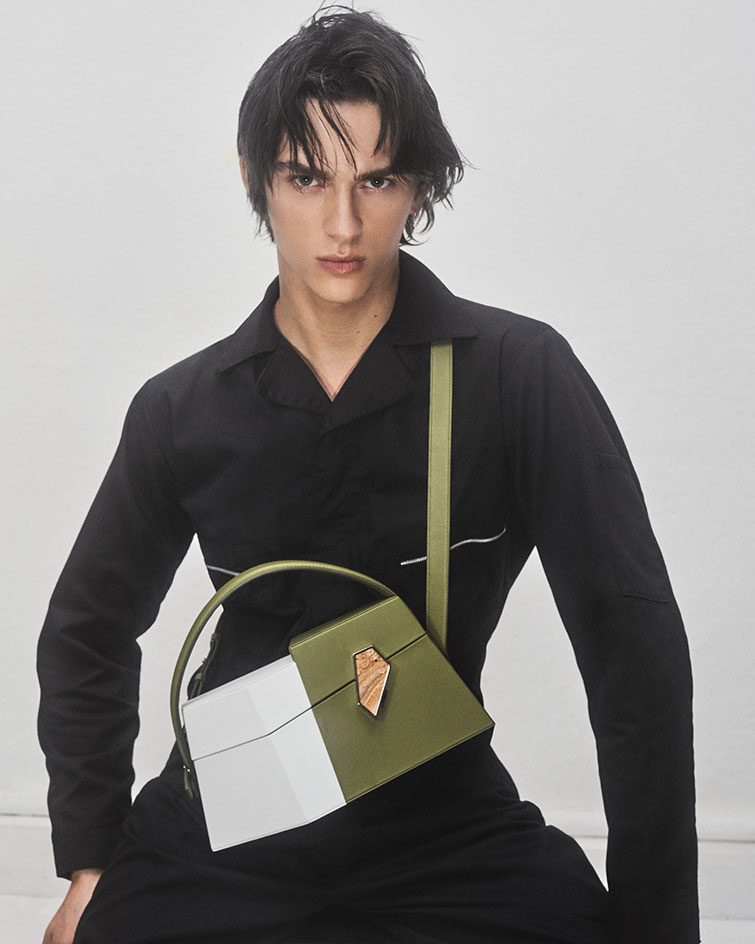 ‘Although I’m thinking of functionality when I’m designing accessories, I also want to bring spirit and energy into the individual object because I see them being more than just bags,’ Ma says. ‘That’s why, when I started drawing the shapes, it was to represent every person’s relationship, no matter if it’s your lover or your family, it’s very stable and very strong, but you will always have cracks because of conflicts. And these conflicts are actually what makes every relationship more unique and beautiful. That’s what makes each of us different. And then we become stronger. That’s why I put this semi-precious stone between the two bricks; to represent the difference between two people.’

Although he identifies as male, Ma says that there are no boundaries when it comes to what he wears. In that spirit, the label’s first collection features new twists on classic shapes, like loafers, Mary-Jane shoes, and boots, which will be available in both men’s and women’s sizes. ‘To me, it just sounds funny that even today in this era, we are still holding onto stereotypes, like men cannot wear heels and cannot carry purses,’ says Ma.

Made in Italy along with the bags, the footwear assortment’s forms and silhouettes are equally directional, and complete this first foray into Ma’s world. The label’s compelling union of individuality, spirituality and luxury is set to capture a larger audience soon too – an e-commerce site launches later this month. § 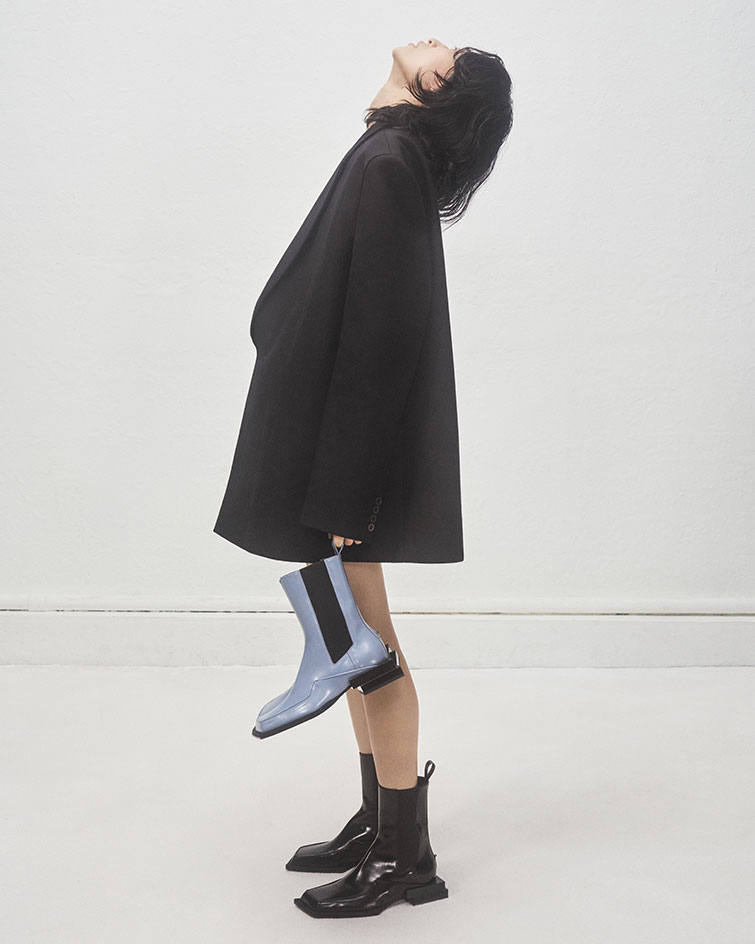 Fri Feb 11 , 2022
Within the last two years, Momodu, a graduate of the University of Leeds who currently works as a photographer, producer, and writer, has become one of Lagos’s most recognizable Gen-Z style icons with over 24,000 Instagram followers. Momodu has brought to life campaigns and productions for companies like Arise Fashion […]