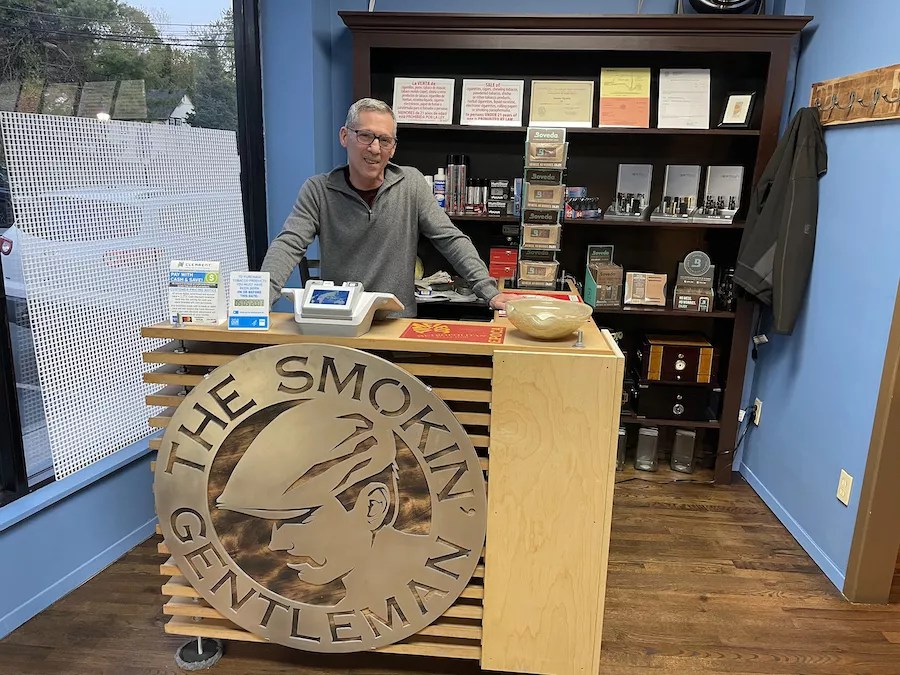 GreaterPortJeff coverage is funded in part by Toast Coffeehouse, now with four locations across Suffolk County. Toast of Port Jeff is moving to a new location this spring. Click here to learn more.

The owner of a new cigar and men’s accessories store in Port Jefferson said he wants to fill a void in the village by providing men with their own place to shop.

At the beginning of the year, Michael Lavopa took over the spot at 308 Main St., quickly renovating the space and opening The Smokin’ Gentleman by March 1.

Unlike its former occupant, Lavopa’s new shop is about more than cigars, although a significant portion of the space is still dedicated to storing, buying and smoking cigars.

He updated the smoking lounge in the back, and up front he has a number of premium cigars along with some popular favorites. He carries cutters, lighters and ashtrays, and also added men’s accessories to the mix, including a variety of hats, leather-bound journals, umbrellas, canes and walking sticks with intricately carved handles.

“I’ve smoked cigars for a long time and I enjoy them, but I also enjoy hats and other mens accessories,” he told GreaterPortJefferson.

Lavopa is a cigar connoisseur for sure, but he admitted it’s hard to survive just selling cigars, especially in a high-rent district like Port Jefferson’s Main Street.

“You really have to sell a lot of cigars to make it,” he said, noting his motivation for expanding his offerings.

With a dearth of stores specifically catering to men, Lavopa seems to have found his niche.

Tabu Boutique has a small men’s section up on East Main Street and you might consider the Port Jefferson Motorcycle Store tipping toward the masculine in its selection of items for sale, but neither is exclusively marketing its wares to men like The Smokin’ Gentleman.

For men, Port Jefferson is a desert of fashion.

“You’re lucky to find a belt or a tie,” said Lavopa.

Hats have been his best seller since he opened and he plans on doubling his showcase, which already features a multitude of styles like fedoras, panamas, tophats, stetsons, and newsboy caps.

There is a church and state-like separation between the cigar and accessory outlets in the store. Lavopa even has two variations of his logo on his business card, one with the illustrated gentleman puffing a cigar and one that is not. The idea is to help non-smoking customers to not feel excluded from shopping there for things other than cigar-related merchandise.

“I’m trying to keep the retail portion smoke-free,” he said. “The men’s accessory store has everything guys like.”

Other shop owners have acknowledged the lack of men’s only retail outlets. Kristen Hoffman, the owner of Tabu Boutique and Tabu Shoes, told GreaterPortJefferson that she considered opening a men’s boutique in the village but put that idea on hold when she learned that Lavopa had a similar establishment already in the works.

As for cigars, in addition to a humidor that takes up a significant portion of a wall in a room that acts like an airlock between the retail shop and the smoking lounge, The Smokin’ Gentleman offers membership for people to smoke whenever the store is open.

Lavopa didn’t disclose the membership fee because he offers different plans, but he did say with a locker, members get a 10% discount off everything in the store and without a locker the discount is 5%. The club is also BYOB, though he does offer espresso.

Members aren’t the only ones who can drop by for a smoke. Non-members can pay $10 when they buy a cigar from his shop to make use of the lounge.

He’s working on an outdoor seating area that will be great for those warm summer nights. Lavopa said he wants to appeal to the after-dinner crowd who want to drop in to relax and enjoy a smoke. Tourist season hasn’t even started yet, but he’s had a pretty brisk business and got a taste of what’s to come after a couple of warm weekends.

Right now, Tuesdays and Thursdays are his busiest nights, but he expects that to change as the season kicks off.

Many of the customers of the cigar shop that occupied the space previously have returned to become members. Already he has over 40 people signed up, which he attributes to the pent up demand after the former place shut down for over a year after COVID hit.

“This had been a cigar lounge for 18 years,” he noted.

Lavopa, who lives in Sound Beach, is himself a self-proclaimed COVID orphan. In his former life, he was selling professional audio-visual services to companies for large events and conferences. During the pandemic, travel was restricted, even with the demand for audio-visual equipment remaining prevalent as people went remote and still needed to communicate.

“Video conferencing went through the roof,” he said.

He said he got spoiled by not having to travel thousands of miles every year and when the world started opening up again, he just couldn’t imagine having to do the dreaded Long Island Expressway commute again. So after 30 years in the game, he pivoted.

As the season gets underway, Lavopa said he is going to expand his products targeting men to include scotch glasses, ties, belts, socks and grooming supplies.

And he’s putting together a push for Father’s Day with advertising planned.

“It will be our first big holiday,” he said.

One holdover from the former tobacconist shop is the wooden cigar store Indian that stands on the sidewalk out front. It remains a very popular attraction, according to Lavopa.

“If I charged five dollars for every person who took a picture with him, I could pay my rent for the month!” he quipped.

Scroll down for photos. Be sure to click the numbered boxes to see them all. 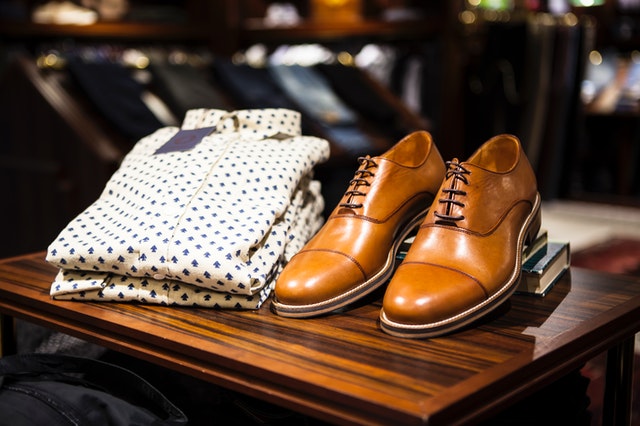