NASHVILLE, TENN. (May 27, 2022) – Dallas Remington, one of Music City’s most promising rising stars, has released a personal homage to the men’s hairstyle that helped define the 80s and early 90s with her new single, “MULLET.” Smart writing, outstanding musicianship and Remington’s gritty vocals make this the perfect song to crank up while waxing nostalgic for that bygone era of the mullet, with the added hope that the “business in the front, party in the back” haircut could be making a comeback!
Download and stream the new music on all digital music platforms, including Spotify, Apple Music, Amazon Music, Pandora and more at smarturl.it/mullet.

The country-rock tune was co-written by Megan Barker, Greg Friia and Dallas Remington with production by Corey Lawson. Recording and mixing at Claw Sound Studios and mastering by Harold LaRue.

Mullets are back and Dallas Remington could not be more excited about it. Staying true to the music she loves, Remington has once again mixed her Country and Rock roots to create the instant summer hit, “MULLET.” The rockin’ country track features the perfect mixture of banjo, electric guitars and three-time CMA Musician of the Year Jenee Fleenorsawing away on the fiddle. Get ready to roll the windows down and rock out all the way to bring your mullet back!

“Y’all, I love mullets and that’s all there is to it. I grew up loving Billy Ray Cyrus, Joe Diffie, John Stamos and so many more 80’s & 90’s mullets. Fast forward to spring of 2021, I was playing downtown Nashville and in one afternoon I probably saw 30 people with mullets and it was right then I knew they are coming back and I could not be more excited about it!” exclaimed Dallas Remington. “A couple days later I was telling Megan and Greg about it and “MULLET” was born. Y’all get ready to relive some memories and maybe even bring your mullets back! Let’s make mullets great again!”

“Dallas lit up when she started telling us about her love of mullets. I remember wanting to get colorful details in the lyrics such as mentioning Billy Ray Cyrus and referencing different hairstyles like mohawks and man buns. It’s a super fun nod to a special “hair-a” (era.)” shared co-writer, Megan Barker.

“This is a song that was born out of zoom pandemic writing. Megan had invited me to join her and Dallas this day. We were all throwing out ideas and Dallas tossed this one out. I think we all said “yeah” immediately. I remember the mullet craze all too well. Let’s just leave it at that!” added co-writer, Greg Friia.

“He blew through them doors like a hand grenade
I swear he was from another time another place
Was somethin’ creepin’ out of that dirty ball cap
I was starin’ at it, it was starin’ right back
He walked right up and he said hello
I think I said I love you, but hell if I know
There’s somethin bout them curls, get us girls
all riled up and rowdy on a friday
1995 come back to life,
It’s like I’m lookin’ at modern day Billy Ray
Kentucky waterfall, Mississippi mudflap
I don’t care whatcha call it
There’s somethin’ bout a mullet
Every boy round here’s got a rod, got a reel
And likes to brag about his muddy four wheel
But there’s only one thing that’ll get the job done
And it aint a mohawk, it ain’t a man bun …”

Sat May 28 , 2022
Home » Apparel » The Best Men’s Travel Pants of 2022 We’ve tested the best wrinkle-resistant, quick-drying, and comfortable travel pants for men this year. Pack your bags and get ready for an adventure. Have your flights booked? We’ve got your backside covered with the best men’s travel pants on […] 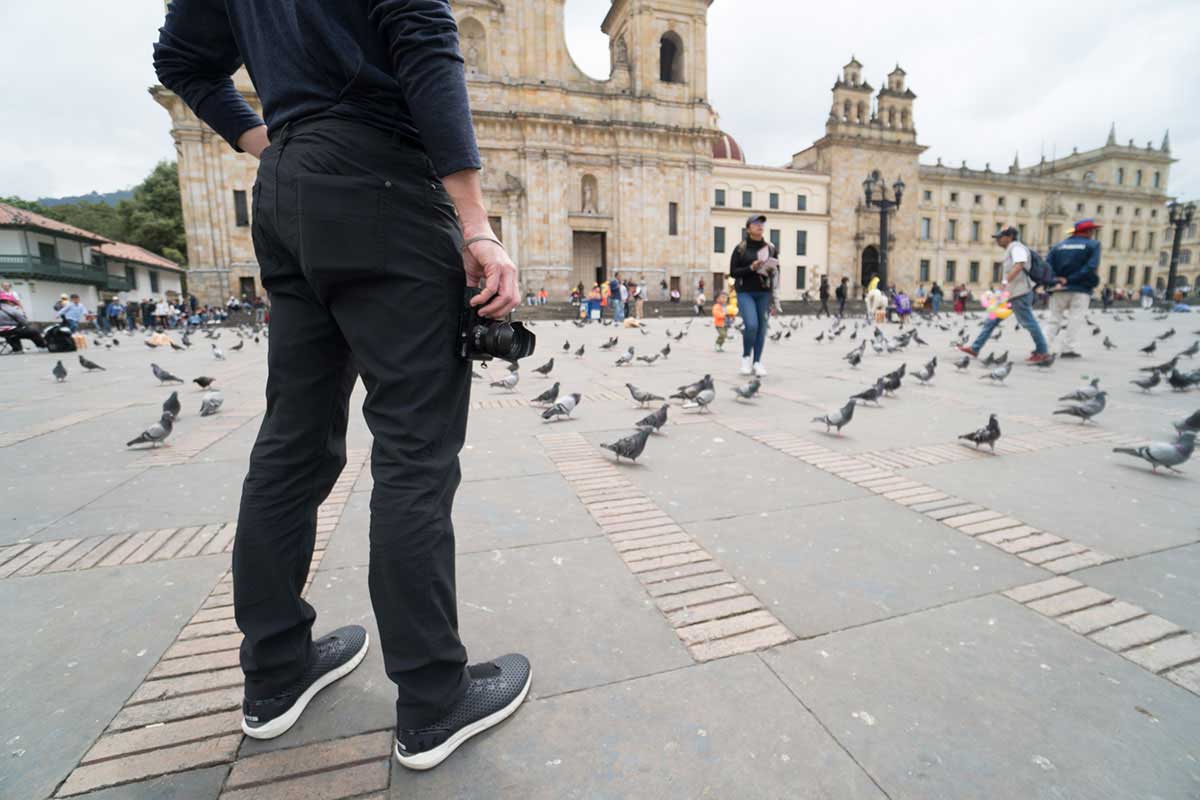