Have you worn a tailored jacket this week? If so, you have also been wearing a skirt. Technically, jackets are skirted garments – the lower part, from the waist down, is known as “the skirt”. The tailored jackets worn by Vladimir Putin, Boris Johnson, Joe Biden: they’re pretty much long-sleeve button-front minidresses. The suit is a globally understood signifier of patriarchal power. But, like all other clothes, it’s just drag.

This month, the Victoria and Albert Museum (V&A) in London opens Fashioning Masculinities: The Art of Menswear, the museum’s first major exhibition dedicated to men’s clothing. The show will gather 100 contemporary and historical outfits, alongside 100 artworks, to reveal how menswear has always pushed beyond binaries, even in garments considered traditional.

Included in the exhibition are pieces worn by those who have broken gender norms in the public eye, such as David Bowie, Harry Styles and Sam Smith. There are also pieces that explore the gender complexity of the seemingly sober, such as a row of 19th century frock coats, the predecessor to the modern-day suit. Those frock coats, then the garment worn by those of power, flare out in their skirt.

I have donated two outfits to the exhibition. One is from a Comme des Garçons Homme Plus collection inspired by Virginia Woolf’s novel Orlando, which uses clothing to soar beyond gender. The other is a sleeveless romper by designer Rick Owens, in simple black cotton jersey. From the front it is plain, but at the back there is a zippered hatch over the butt, should one ever need easy access.

My pieces err towards the flamboyant. I am 48, a midlife point that gives me perspective on what I maybe didn’t realise before. I have always used clothing to poke at the assumptions of gender. As a kid, I had safe parameters from my whiteness and middle-class upbringing within an accepting family. Where I sit on the gender spectrum is like a comedy version of “male”, which has allowed me to pass lightly in this patriarchal society.

Others have a different experience. The V&A exhibition will feature the gloriously embroidered cape and suit worn by actor Billy Porter at the 2019 Golden Globes. Porter grew up in a conservative religious family, sexually abused by his stepfather from the age of seven. The actor, who found fame through his role in the TV show Pose, uses expressive clothing to demand visibility for black queer humans. His fashion choices are both a fabulous celebration and an act of defiance.

For a new generation, gender-fluid experimentation with clothing is their way of living. Harris Reed, a 25-year-old designer, splices masculine and feminine tropes for his showpieces. One such, a tailored suit cut with a hoop skirt and layers of tulle, was worn by Harry Styles in the December 2020 issue of US Vogue. Reed had only just graduated from fashion college, an immediate sensation with his beyond-binary outlook.

I co-run a queer rave in London called Chapter 10, which from the beginning has been actively non-gendered. At our rave the other month, it seemed like everyone young in the crowd, no matter their gender, was wearing a camisole. Using their clothing, this new generation is unravelling gender for themselves.

Perhaps it’s safer to do so through what they wear. According to gender-critical feminists, men who voice their trans-inclusive beliefs on gender identity are bullies and misogynists. It is common among such men to desire the dismantling of patriarchy. I am one of them. Yet I believe the result of the gender-critical argument is that gendered stereotypes are maintained, and patriarchy is consolidated.

Clothing often expresses what is subconscious, or what words cannot say. It has always been this way, across centuries. The V&A exhibition is an opportunity to champion and encourage those who use what they wear to unpick gender. By using extravagance and the theatre of clothes, they can encourage the loosening of oppressive societal norms.

It is the first major exhibition of menswear at the V&A, and hopefully it can be the last. A new generation wants us to transcend gender and just see humans, and their clothes. 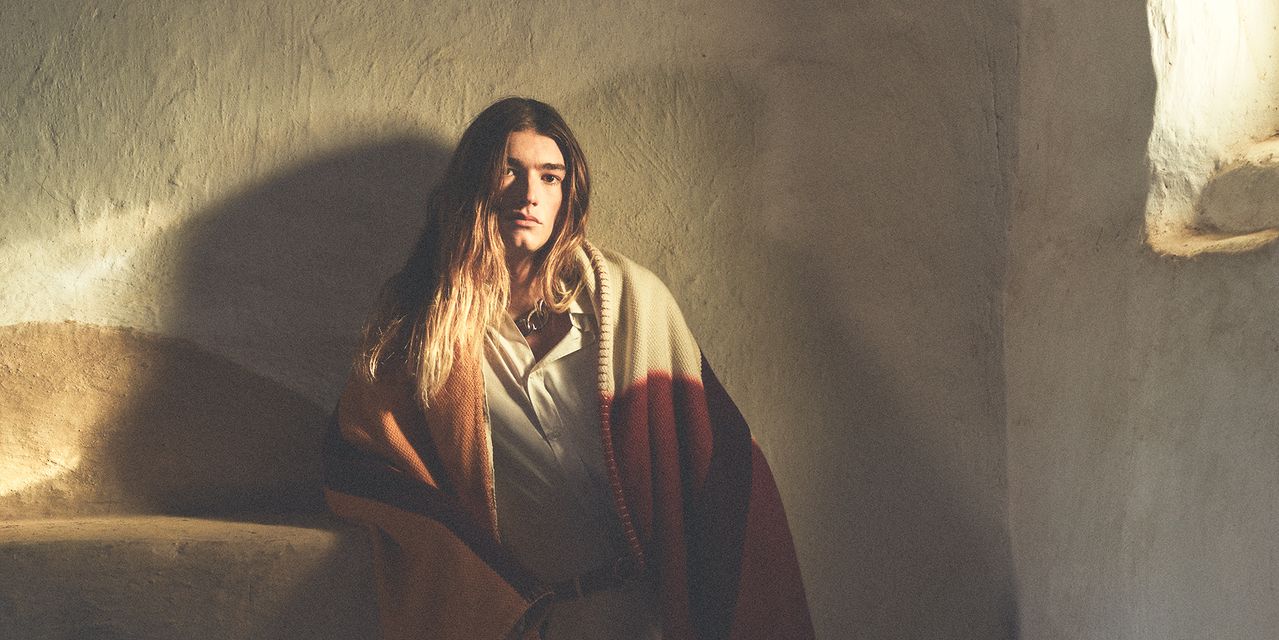