Madewell is ready to invest further in men.

The apparel retailer launched its fourth stand-alone menswear location on Thursday in the Silver Lake neighborhood of Los Angeles. But, the company has been quietly opening locations for a few years.

What started as a men’s pop-up in Brooklyn eventually expanded into a larger apparel concept. The company has been carrying men’s products since 2018, with dedicated men’s sections in select locations. The strategy has grown to stand-alone stores, with one other location in Los Angeles, one in Brooklyn, New York, and one in Austin, Texas.

Madewell as a company has been experimenting with different product opportunities and store concepts over the past few years. Last July it partnered with ThredUp to create the online resale platform “Madewell Forever.” The companies teamed up again in the fall of 2021 on a temporary store project dubbed A Circular Store in the Williamsburg neighborhood of Brooklyn that featured secondhand clothing.

But, delving into men’s apparel, specifically men’s jeans, was in response to the company’s frequent requests from shoppers, according to Beth Herget, Madewell’s vice president of merchandising. “After an encouraging response to our initial launch focused on denim, we expanded by building out the pieces he would wear with jeans to deliver a full wardrobe concept,” she said in emailed comments. “We see a lot of potential for our men’s collection and are actively investing in its growth.”

As it turns out, it may be a great time for retailers to examine their selection of men’s clothing — because those customers are in the midst of rethinking what they are wearing.

The influence of a pandemic on men’s wardrobes

The pandemic changed how everyone dressed. At least temporarily.

In the U.S. 35% of men are a different size than they were in 2019, according to the latest State of Fashion report by Business of Fashion and McKinsey and Company. The height of the pandemic caused a surge in demand in athletic wear and loungewear. But as more people continue to head back to the office and events, consumers are shopping and engaging with their wardrobes in different ways.

“Casualization has happened — dressing up looks different from what it did a few years ago, and the versatility of clothing has become even more important,” Herget said. “Wearing jeans to the office is now commonplace. There’s also the real fact that people are looking to refresh their closet after being inside for the past two years.”

At the start of the year, clothing in particular was experiencing a comeback in sales and posting healthy gains. Even as the toll of inflation hits broader sales, men’s apparel is still expected to see growth in the next few years. In the United States, the menswear market is set to grow by nearly $183 billion from 2020 to 2025, progressing at a compound annual growth rate of 5.7%, according to a recent report by Technavio. A number of companies currently have key menswear offerings, like Nike, The Gap Inc, PVH and Ralph Lauren, among others, per the report.

But, the menswear market is fragmented, according to Technavio’s research, and vendors are expanding internationally in order to compete in the space. Men’s jackets, shirts, and shorts and trousers represent a $7.3 billion, $11.5 billion and $20.4 billion market respectively,  according to Euromonitor data.

Madewell’s products for men in particular are focused on pieces that are both comfortable and pulled together, according to Herget. “There’s an emphasis now on finding pieces that are presentable in a range of scenarios — from Zoom, to an in-person meeting, to a dinner out with friends,” she said. “Men are discerning the quality of their clothes, and not only do they want the fit to be perfect, they also want the shopping experience to be easy and intuitive.”

The in-store experience and the future of Madewell Men’s

Each Madewell Men’s store is slightly different. That’s because the company tailors its offerings to “feel like a seamless addition” to the particular neighborhood it is in. The company partners with third-party sellers and other brands to bring in unique products into its locations.

The central component of each store is the Denim Bar. Here shoppers can find a wide variety of jeans in different fits, washes and fabrics. “Stores are particularly important for denim shopping because people need to try them on,” Herget said. The stand-alone stores also offer a number of services, including tailoring.

Store locations also have a dedicated sneaker destination which highlight some of its partners including Veja, Reebok, New Balance, Karhu and On.

As far as the future of men’s apparel at Madewell? Herget confirmed that the company will be opening more dedicated men’s spaces inside of existing Madewell stores, as well as adding other free-standing stores to its lineup.

“It feels as though there are so many influences and more open mindedness around how people are dressing, encouraging people to experiment with the trends happening in menswear,” she said. “Men are discerning the quality of their clothes, and not only do they want the fit to be perfect, they also want the shopping experience to be easy and intuitive.”

There is no colour which is a 'no no' when it comes to men's fashion anymore : The Tribune India

Mon Jun 13 , 2022
Mona Women, step aside! Men are here to claim their rightful space at the red carpet! Be it Joe Jonas giving stiff competition to wifey Sophie Turner on the red carpet or Sebastian Stan rocking hot pink or Kid Cudy in floral blue striking a pose at Met Gala, men […] 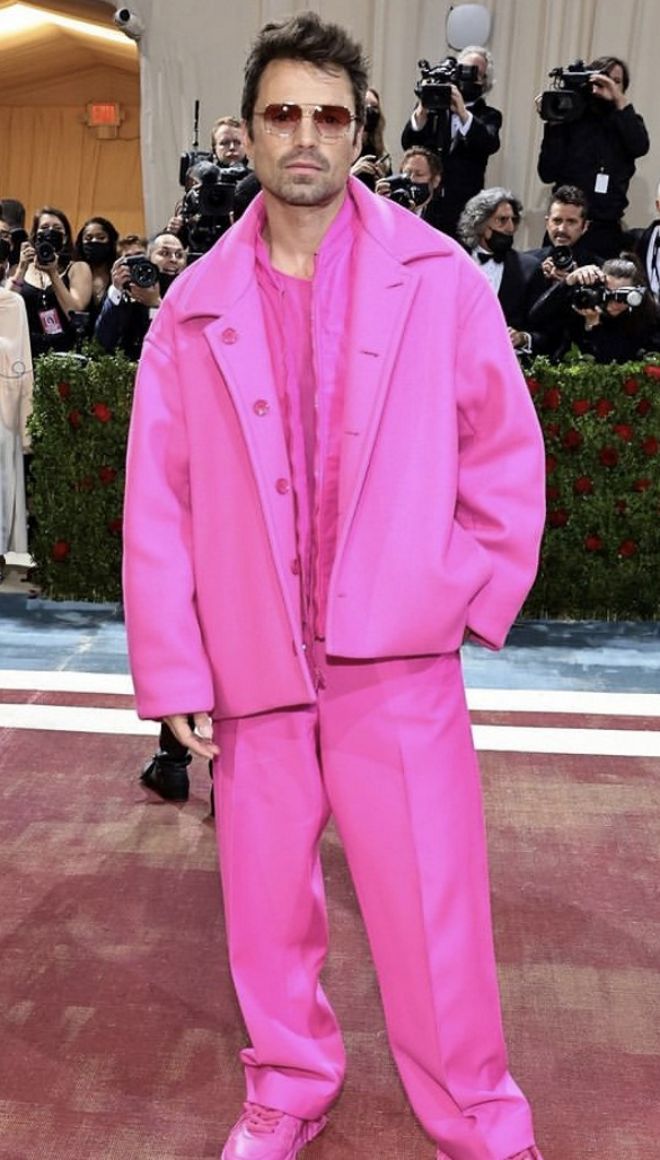