Many mornings, in Los Angeles, Darrell Jones’s girlfriend helps him curl his hair. Running a flat iron over small sections that have been sprayed with heat protectant, she creates small ringlets, pinning them to his head to set. For a brief moment, he looks like he’s gearing up to be the envy of the 1930s. After the tendrils cool, Mr. Jones, 21, sets them with hair spray and runs his fingers through his locks.

Across the country in Wilmington, N.C., Tristan Harrell, 17, creates a similar look with a somewhat modified routine. Mr. Harrell starts with wet hair and uses sea salt spray in lieu of heat protectant (although his mother, a salon owner, begs him to choose protectant) before blow drying his tresses forward. Depending on the day, he’ll either create flipped-up curls with a brush and blow dryer, or use a mini flat iron instead. He too sets the shaggy look with hair spray. The routine takes him about 10 to 15 minutes.

Joshua Rich VII, 19, in Easton, Pa., wears the same hairstyle but is luckier when it comes to maintenance. He merely towel dries his hair, and leaves the rest to evaporation, sometimes adding a little sea salt spray for added hold.

“There’s really not much to do. My hair is goofy, especially if I just dry it with a towel and leave it,” he said.

All three of these young men sport a hairstyle that’s become prominent among Gen Z: soft, fluffy waves or curls that dust the tops of their eyebrows and eyelashes, brushed forward toward the face and voluminous at the top — the simultaneous cousin and antithesis of a pompadour.

Each also has a viral tutorial on how to achieve the look on TikTok, where the style reigns supreme among a younger demographic. (At about 12 million views, Mr. Jones’s is currently the most popular.)

“I saw it on TikTok. There’s several guys coming on my ‘For You’ page that have the same hairstyle,” Mr. Harrell said in an interview, referring to the landing page where TikTok’s personalized video recommendations populate. When “I started changing my hairstyle, I really did get a boost of confidence because I felt good about the way my hair was working,” he said.

It’s no surprise that the look, which is often simply called “TikTok hair” or “TikTok boy hair,” is so popular. Some of the app’s stars, including Bryce Hall, Noah Beck and Josh Richards, all of whom have followings well into the tens of millions, have sported the tousled and textured cut. (Mr. Hall now has a mullet, which is also having a moment.)

And while the style may seem new, we’ve been here before, in many senses. Recent eras in which no man was safe from the pressure to try a specific hairstyle include the early aughts, which brought about the resurgence of the pompadour that was seemingly worn by every lead singer of every indie band.

There was, of course, Justin Bieber’s iconic hair swoosh (read: italicized bowl cut) that served as the blueprint for middle school boys everywhere circa 2009 to 2011. Eventually, and perhaps not coincidentally, as Mr. Bieber’s bangs grew shorter and the distance between his hair and eyebrows grew wider, the man bun emerged as the new “it” look (around 2015) — a hairstyle all lusted after, but few could execute successfully.

But male hair care and trends stretch back even further, for millenniums. In fact, this specific type of hairdo has been cycled through history many a time, rising from the ashes every few hundred years like a phoenix of panache.

According to Katherine Schwab, a professor of art history and visual culture in the department of visual and performing arts at Fairfield University, the ancient Greeks and Romans wore a nearly identical hairdo. The current trend in question, she said, follows two important cardinal rules of hair for men during those ancient times: first, that the hair is brushed forward from the crown toward the forehead (following the direction the hair naturally grows in) and second, and perhaps most important, the tresses are visibly textured.

“Most famously, Alexander the Great had very much thick hair, tousled, and it still came from the crown,” said Ms. Schwab, who was a curator of a 2015 exhibition titled “Hair in the Classical World.” She added: “I think that attention to the hair now for the men, and going to this, I would say, this extreme, has a parallel in antiquity. It’s not new.”

Rejecting the Ideals of a Previous Generation

In a way, Alexander the Great was an original influencer: Marice Rose, Ms. Schwab’s co-curator on the exhibition and an associate professor of art history and visual culture at Fairfield University, said the TikTok-viral hairstyle was reminiscent of the first Roman emperor Augustus’s portraiture, who modeled his look after Alexander, which was then co-opted by future emperors who hoped the look would create an association between them and those previous rulers.

“There are plenty of historical, sociological and anthropological studies showing that hair’s styling and arrangement have been — and continue to be — used to communicate information about a person’s individual and social identity throughout history, worldwide,” Ms. Rose wrote in an email.

“I don’t think the TikTokers have the same propagandistic goals as the Roman emperors!” she clarified. But “our culture has also become extremely visually oriented with the smartphone putting cameras and viewing devices in everyone’s pockets, and people recording and curating their every experience for visual consumption by others. Now, it’s not just the rich and powerful who can create portraits.”

The ancient Greeks and Romans were trying to convey a sense of power with their brushed-forward curls and waves (which Ms. Rose said could be achieved or played up by the TikTokers’ ancient counterparts with heated metal rods, olive oil, animal fat and even butter). In 2021, there may be different considerations at play.

The hair historian Rachael Gibson thinks it’s about visibility and a sense of rebellion. She likened the trend to similar styles that were popular for men during the 18th century.

In that era, there was the “Bedford Crop,” a shorter, tousled style that came about as a result of a flour shortage and in protest of high taxes on wig powder. There was also the “Brutus,” a longer style that took inspiration from the ancient Greeks — and was a favorite of the socialite Beau Brummell and his followers.

And finally, Regency men of the era also wore the “Frightened Owl,” perhaps the most unruly of the three, a plume of curls achieved through infrequent washing and additional hair wax (think: Colin Firth’s Mr. Darcy).

The hairdos were intended to be romantic and poetic, an inverse to their purpose during ancient Greek and Roman times. Most important, though, these styles were meant to be seen.

“I think all the Regency era men’s fashion is quite dandyish. You’re getting dressed up, and you’re taking a lot of time and care about your appearance,” Ms. Gibson said. “And it’s a time when it was very much OK and normal and expected for men to peacock and be doing quite flamboyant looks.”

Ms. Gibson said she sees a return to this mentality, in that there may be a sense of acceptance in taking time with one’s appearance among boys and men today.

The styles were also meant to serve as a signal, Ms. Gibson added, that the man who sported them was also a man that rejected the ideals of the generation before — “the fuss and excesses of powdered wigs, but also what they stood for: old-fashioned ideas and politics. It demonstrated, in an immediate, visual way, that you wanted to be seen as different.”

As Gen Z navigates the pandemic world, a tuft of fluffy hair perched on one’s head is surely one way to peacock, or perhaps even signal to older generations that the views and ideals of those coming up are unlike those who came before.

“With the world ever so slowly shifting back into an altered sense of normalcy and people crawling out of their pandemic isolation,” Ms. Gibson said. “Most people are craving nothing more than simply to be seen.”

But it’s also important to acknowledge that this is just one hairstyle, and that it happens to be prevalent with white men in today’s culture. Yes, it’s popular, but in many ways, the outsize attention it gets on TikTok is part of a pattern of the same.

“Men of all backgrounds have spent a lot of time and effort on the hair. A lot of Black men have quite complex hair care routines and always have,” Ms. Gibson said. “White guys, they’re like, ‘Oh yes, we use products too.’”

Perhaps it’s not so different from the resist-the-draft tresses of the 1960s, immortalized in the musical “Hair,” or the mohawks and other punk styles that signaled nonconformity and rebellion starting around the 1970s. All have become best known for the way white men wear them.

But hair, or the lack thereof, has long served as a vehicle of expression and resistance in historically marginalized communities. From the “Black is Beautiful” movement of the 1960s — calling on Black women and men to, in part, embrace their natural hair — to the cornrows, twists, braids, Bantu knots and more that have continued to be policed in public spaces even today, to the women who continue to don their hijabs despite the European Union’s highest court deeming it grounds for termination, what’s on your head can serve as a public display of who you are, and perhaps most important, what you stand for.

“It’s a way of expressing who you aspire to be,” Ms. Schwab said.

Of course, sometimes a hairstyle is just a hairstyle. As Mr. Rich said of his own hair: Some people like it, and some people don’t. “I’ve been told that I look like a sheep dog that’s been electrocuted,” he said. But as the popularity of the style grows, “it’s less and less like that.”

Winter Olympics 2022: Day 12 schedule, what to watch, results and more from Beijing

Mon Feb 14 , 2022
Getty Images Day 11 of the Winter Olympics in Beijing was a positive one for the United States, as Team USA had multiple accomplishments to be proud of. Erin Jackson won gold in speedskating, becoming the first American to win an individual speedskating medal since 2010 and the first Black […] 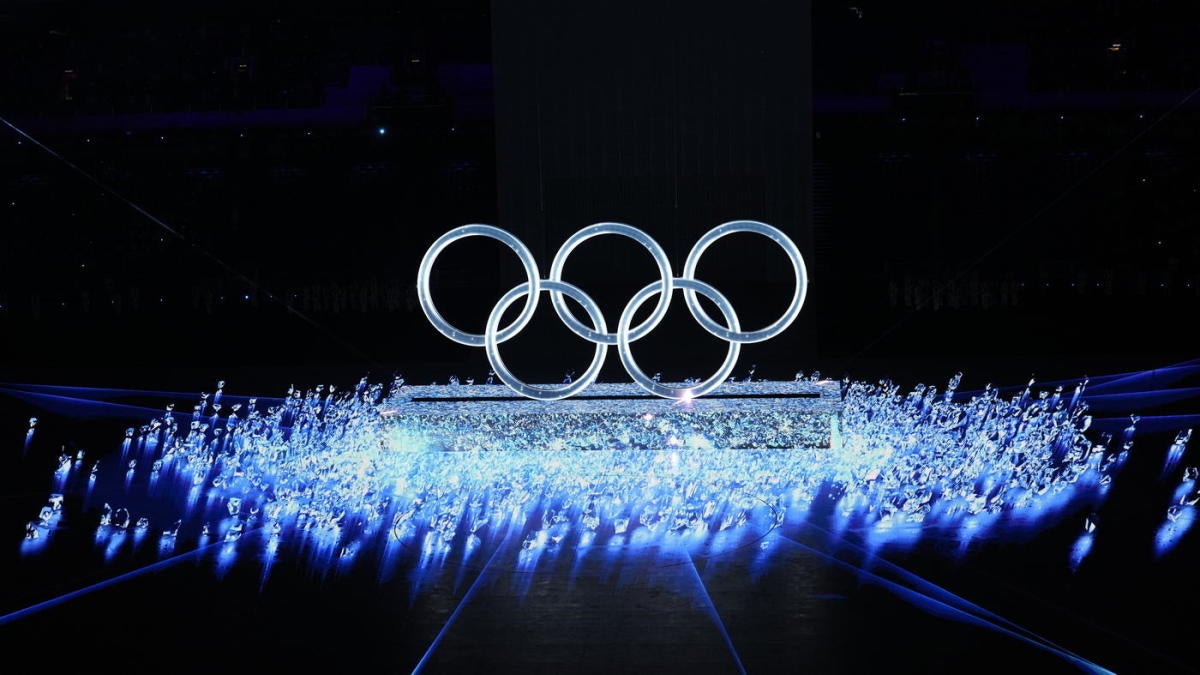