RECENTLY, WITHOUT FANFARE or warning, the friends and collaborators Pete Davidson and Colson Baker (better known by his rap pseudonym, Machine Gun Kelly) dropped their pants and went live on the Calvin Klein Instagram account in a sendup of the label’s famous underwear commercials. Maintaining a running gag that they had not, in fact, been hired as models for the brand (they had), they joked about fluffing up “the boys” and poured popcorn into each other’s mouths. Something felt off as the 28-year-old “Saturday Night Live” star and the 31-year-old actor and musician flopped around on an immaculate white couch. It wasn’t just that two straight men, famous for dating even more famous women, were baiting their queer followers by mock flirting with each other in various states of undress, although they were. It was that they looked, uncharacteristically, as clean as the white boxer briefs they’d been paid to wear. Pretending to imagine their power as poster boys, Davidson said, “We could have gotten all the dirty people to buy underwear. … Dirty, trash — like our fans.”

Davidson and Baker have indeed emerged as the internet’s new scumbro crushes, beloved by those who find their unkemptness not repellent but cute. Defined by unwavering swagger and a presumed shampoo shortage, their aesthetic is yet another mutation of the louche, look-don’t-sniff approach to dressing — championed in recent years by the musicians Justin Bieber (denim cutoffs, accessorized with a fuzzy mustache), Wiz Khalifa (low-slung track pants, seemingly pulled straight from the hamper) and Post Malone (Crocs and bowling shirts) — that peaked during what Esquire dubbed 2018’s “Summer of Sleaze.”

Dirtbag style, however, transcends time. It has been embraced by everyone from the forever feral Peter Pan, typically attired in tattered culottes in productions of J.M. Barrie’s 1904 play of the same name, to the crop topped cast of “The Lost Boys,” the 1987 horror-comedy about a band of sexy exsanguinating bikers starring Jason Patric and Kiefer Sutherland. The hippies who came out of San Francisco’s Haight-Ashbury neighborhood in the 1960s wore their rejection of the status quo in the patched bell-bottoms and homemade tie-dyed tees that became their uniform. In the mid-70s, punks dressed up their anti-establishment aggression in painted, studded leather jackets and ratty band shirts. By the early ’90s, practitioners of grunge favored thrift-store finds such as ripped jeans and worn-in flannel shirts as an antidote to the indefatigable capitalist ambition of the mid-80s. In each case, clothing was confrontation, a statement of raw, unfiltered individuality.

TODAY, AS WE long for the denouement of a time characterized by assiduous applications of Purell, few things are as attention-grabbing as looking unclean. At least that seems to be the case made by many of the spring 2022 men’s collections, whose standout pieces share a trashy, torn-up aesthetic that feels explicitly queer, both in its distressed androgyny and in the peculiarity of how much these garments cost despite being proudly scruffy. (It should be said that although we haven’t seen clothing this seemingly dirty and decidedly unstraight on men since the early ’90s — when Gus Van Sant released his 1991 hustler odyssey, “My Own Private Idaho,” and Kurt Cobain wore a black slip dress and tiara onstage — queer women, including the model Cara Delevingne, the actress Kristen Stewart and the rapper Syd, have been experimenting with the perfectly imperfect look for years.)

At Celine, Hedi Slimane presented a motocross-inspired collection of rivet-covered vests and faded, baggy jeans, frayed at the bottom and kicking up actual dust alongside a gang of FMX stuntmen in the South of France. For his debut at Diesel, the Belgian creative director Glenn Martens paired form-fitting denim henleys with upcycled jeans reminiscent of the sand-shredded fashion of the “Mad Max” franchise. Contributing to the nostalgia for a slightly grubby recent-past Americana evident in films such as Paul Thomas Anderson’s “Licorice Pizza” and Sean Baker’s “Red Rocket,” both released in 2021, Eli Russell Linnetz, the founder of the Venice Beach, Calif.-based line ERL, devised a pair of faux-dirt-encrusted jeans that flared out in three separate tiers and were adorned with a belt buckle made from a messy heap of enamel pins. At Balenciaga, the creative director Demna (who no longer uses a last name professionally) introduced bohemia to the X-rated dark rooms of the Berlin nightclub Berghain by pairing weathered, high-waisted jeans, slashed open at the knee, with a black Lycra bodysuit. And at Ludovic de Saint Sernin’s gender-neutral, hypersexual runway show (sponsored by Pornhub, no less), the Paris-based designer offered slinky, barely there Swarovski crystal mesh camisoles, and jeans, laced together up the legs and in the crotch, that recalled the Swiss photographer Karlheinz Weinberger’s homoerotic images of rebellious queer youth in the late 1950s and early ’60s.

But why, when cleanliness is a standard like never before, are we turning to soiled and slashed clothes? The answer is in the question. After a long period of sanitizing every surface we touch, it feels exciting to roll up our sleeves, if we’re wearing any at all, and embrace grime. After a troubling and tedious stretch of social distancing, it feels liberating to imagine ourselves as dusty, nomadic Jack Kerouac characters, even if we’re confined within our homes. And after a seemingly endless two years of doing the right thing for the sake of the greater good, it is a thrill to at least fantasize about being joyfully, unabashedly sleazy. 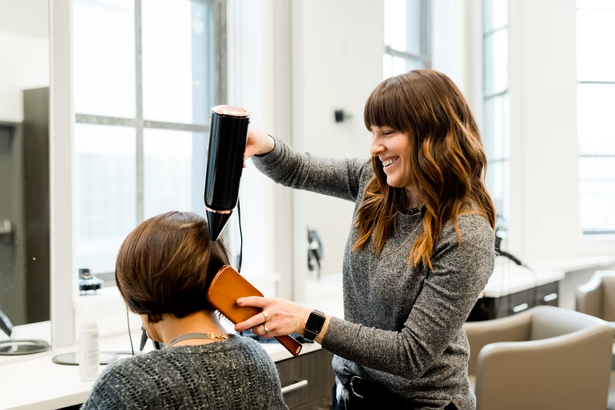