So much pressure is heaped onto boners in our culture, it’s no surprise that many of them deflate under the weight of all those expectations.

Pressures from the media, sexual partners and even your own self-judgment can push you to seek out harder, longer-lasting, more frequent and more reliable erections, even if you don’t have a diagnosable case of erectile dysfunction. And if you do have a physical or psychological issue that’s affecting your ability to get hard, there are so many options out there for addressing these problems that choosing one can be confusing.

Many tools, toys and treatments have been devised to fix your boner troubles. Penis pumps and cock rings, for example, encourage harder erections by (respectively) drawing blood into your dick and keeping it there. But sometimes, the problem persists, and it seems necessary to go beyond the mechanical and into the medicinal. It’s at that point that some people turn to over-the-counter “male enhancement pills,” a subclass of (ostensibly) dietary supplements that claim to revitalize your boner, resuscitate your libido and revolutionize your sex life.

The short answer: Maybe, but probably not.

The longer answer: Some of the ingredients contained in some formulations have been shown to have some beneficial effects on things like libido and erection quality — but the scientific evidence for this is mixed, minimal and inconclusive.

One reason we can’t be sure about whether the research is legit is that erectile dysfunction and other sexual issues are pretty complex problems, and the reasons for them aren’t always clear-cut or consistent. “The issue with a lot of these products is that folks want a quick fix and often don’t look at the underlying issue,” says Nicoletta Heidegger, a sexologist and licensed marriage and family therapist. “These could be anything from serious heart disease to trauma and/or emotional or cultural assumptions about what sex should look and feel like.”

Jesús Rodriguez, chief of sexual medicine research at the men’s sexual health brand Myhixel, emphasizes that the better and safer option for erectile dysfunction (ED) is medication that the FDA has approved for this purpose — which isn’t the case for dietary supplements. “When it comes to improving the rigidity and duration of erections or even the size of the penis, there is no supplement better than the drugs offered for the improvement of erections,” Rodriguez says. Namely: Viagra (sildenafil), Cialis (tadalafil) and Levitra (vardenafil).

Trace amounts of these medications have been found in over-the-counter boner pills, which has often led to them being investigated or banned by the FDA. But assuming your dick supplements are just that — supplements with no pharmaceutical ingredients inside — here’s a rundown on some of the research that’s been done about key ingredients often used in male enhancement pills…

L-arginine is an amino acid found in many protein-rich foods. It’s been found to raise levels of sexual desire and to improve mild-to-moderate erectile dysfunction. One review of the research on supposed aphrodisiac ingredients in dietary supplements found that L-arginine was the only one that’s been sufficiently proven to help with boner issues.

Yohimbe is a compound extracted from the bark of the yohimbe tree — and accordingly, it’s mostly bark and very little bite. Some studies have found that it has a mild ameliorating effect on erectile dysfunction and delayed ejaculation (meaning that it could help you come quicker), but again, the research is sparse and not entirely convincing.

Ginkgo leaf extract is derived from the ginkgo biloba tree. There is some weak evidence that it may help reverse the sexual dysfunction caused by taking SSRIs, but its overall effectiveness as a sexual aid seems to be minimal if it’s effective at all.

Maca root, also known as Peruvian ginseng, is from the mustard plant family (there’s a joke in there somewhere about putting mustard on your “hot dog” to make it harder). Some research has found that it can increase sperm count, boost libido and alleviate the sexual dysfunction caused by taking some antidepressants, though more research is needed to confirm those potential effects.

Tribulus terrestris is a Mediterranean plant also known as puncture vine. Some studies have found that it can increase testosterone levels and libido, though other research has found that it’s no more effective than a placebo at treating erectile dysfunction.

All of that being said, many of the most popular sexual enhancement supplements work not because of these natural ingredients, but because they secretly contain more conventional boner-boosting drugs like the active ingredients in Viagra or Cialis. The FDA isn’t as stringent about dietary supplements as it is about prescription medication, and as a result, many products claim to be the former when they’re chemically more like the latter. Literally hundreds of enhancement pills have been called out by the FDA for containing ingredients not disclosed on their label — most often, sildenafil and tadalafil.

Maybe, but it depends. A lot of the ingredients you’ll find listed on the labels of these pills are safe to consume, but the trouble is that many companies straight-up lie about what’s in their products, because they can. The pills might contain what they claim to contain, but it’s hard for a layperson to ever know for sure. For example, the pills from boner supplement brand Rhino contains a nebulous ingredient called “proprietary blend,” but the packaging doesn’t tell you what that means.

Buying these supplements may seem like a good workaround for boner issues, particularly given how expensive Viagra and other such drugs are when you’re paying out-of-pocket and how embarrassing it can feel to go to the doctor for sexual performance issues. But a sketchy bottle of mystery pills is just not as safe as an FDA-approved medication prescribed by a doctor. You can’t know for certain what the concentration of ingredients is in any given bottle (unless you do a full chemical analysis, but I’m assuming you don’t have a chemistry lab in your basement). You also can’t know what extra ingredients may have been added, and how these might react with any other drugs you’re taking or any health conditions you might have. They have their own side effects, too — most commonly, headache and nausea.

An actual doctor, and the drugs they can prescribe, are a better line of defense for erectile issues and other sexual disorders. “Go to a urologist who specializes in sexual medicine and have them check your hormones and your heart, and see if they can rule in or rule out any physical or biological causes,” Heidegger advises. “I’d also recommend going to a sex therapist or sex coach before you make a decision, as some of these enhancements aren’t needed and are just used improperly due to self-confidence issues or having incomplete or improper sex education and assumptions about how penises ‘should’ work.”

Taking sex supplements can affect you emotionally, too, especially if they don’t work as well as you’d hoped (and odds are good that they won’t). “Although these natural ingredients don’t cause adverse physical effects, by not meeting the expectations of consumers who buy them for getting penis size enhancement, they can cause frustration, despair and even worsening of mental health due to expectations not being fulfilled,” Rodriguez says. “In fact, it’s a problem that specialists see frequently and that affects the mental health of many men.”

Should you choose to use these enhancement pills anyway, there are a few important safety tips you should keep in mind:

1) Again, do your research about any potential interactions between these pills and other medications you might be on, or other health conditions you might have. For example, people with heart disease or blood pressure issues, and people who take medications for these conditions, might experience a sudden and dangerous drop in blood pressure from taking supplements laced with sildenafil or similar.

2) Taking boner pills alongside poppers can also cause a sudden drop in blood pressure. Although it might seem fun to use two of the most popular sex drugs together, this combo is dangerous enough that you should make like Nancy Reagan and just say no.

3) While we’re on the subject of recreational substances — it’s wisest not to combine enhancement pills with alcohol. Booze makes your boners weaker, potentially counteracting the very effect you’re trying to achieve (ever heard of whiskey dick?), and it can also worsen any side effects the pills might give you.

4) Keep an eye out for common side effects like headache, nausea and dizziness, which may indicate that that particular brand of pill isn’t sitting right with you or that you’ve taken too much.

5) Do your research beforehand on any brands of enhancement pill you’re considering buying to see what people are saying about it. As mentioned, it’s hard to know for sure whether a pill’s ingredients are actually what the label says they are, so sometimes reading user reviews and testimonials is the best way to figure out what to avoid.

For all of these reasons and more, it’s tough to give a ringing endorsement of male enhancement pills. But if you want to roll the dice in search of a harder, more reliable erection, here are some supplements to consider…

Although this product’s name sounds like an unfortunate monster from an X-rated comic book, it contains some pretty nifty ingredients. (Or claims to, anyway. I can’t say it enough: Take the labels of all these products with a hefty grain of salt!) For best results, the makers recommend you make a habit of taking two pills a day, rather than just before sex.

While not specifically created or marketed to help with erections, these pills contain a big dose of L-arginine, an amino acid that improves blood flow. Several Amazon reviewers note that taking it daily worked wonders on their libido and erection quality — and improving blood flow is also good for your general health.

You should avoid L-arginine supplements if you take anticoagulants, blood pressure drugs, diabetes drugs or prescription ED drugs, though, as they can cause dangerous effects if combined with too much L-arginine.

If you read all the safety info above and decided you’d rather play it safe with a conventional medication (and I don’t blame you), but you don’t want to have to explain your sexual woes to your doctor, you could try a telemedicine service like Hims.

They connect you with a licensed health-care provider online who can prescribe you FDA-approved ED drugs, like Viagra, Cialis and their generic versions. You can get the pills shipped directly to you for a reasonable price — no awkward visit to the doctor’s office required.

Kate Sloan is the author of the books ‘101 Kinky Things Even You Can Do’ and ‘200 Words to Help You Talk About Sexuality & Gender,’ and has reviewed over 300 sex toys on her blog at GirlyJuice.net, to the chagrin of her high school guidance counselor. She also cohosts the podcasts ‘The Dildorks’ and ‘Question Box.’

Mon May 30 , 2022
Our team is dedicated to finding and telling you more about the products and deals we love. If you love them too and decide to purchase through the links below, we may receive a commission. Pricing and availability are subject to change. During Memorial Day weekend, so many folks set […] 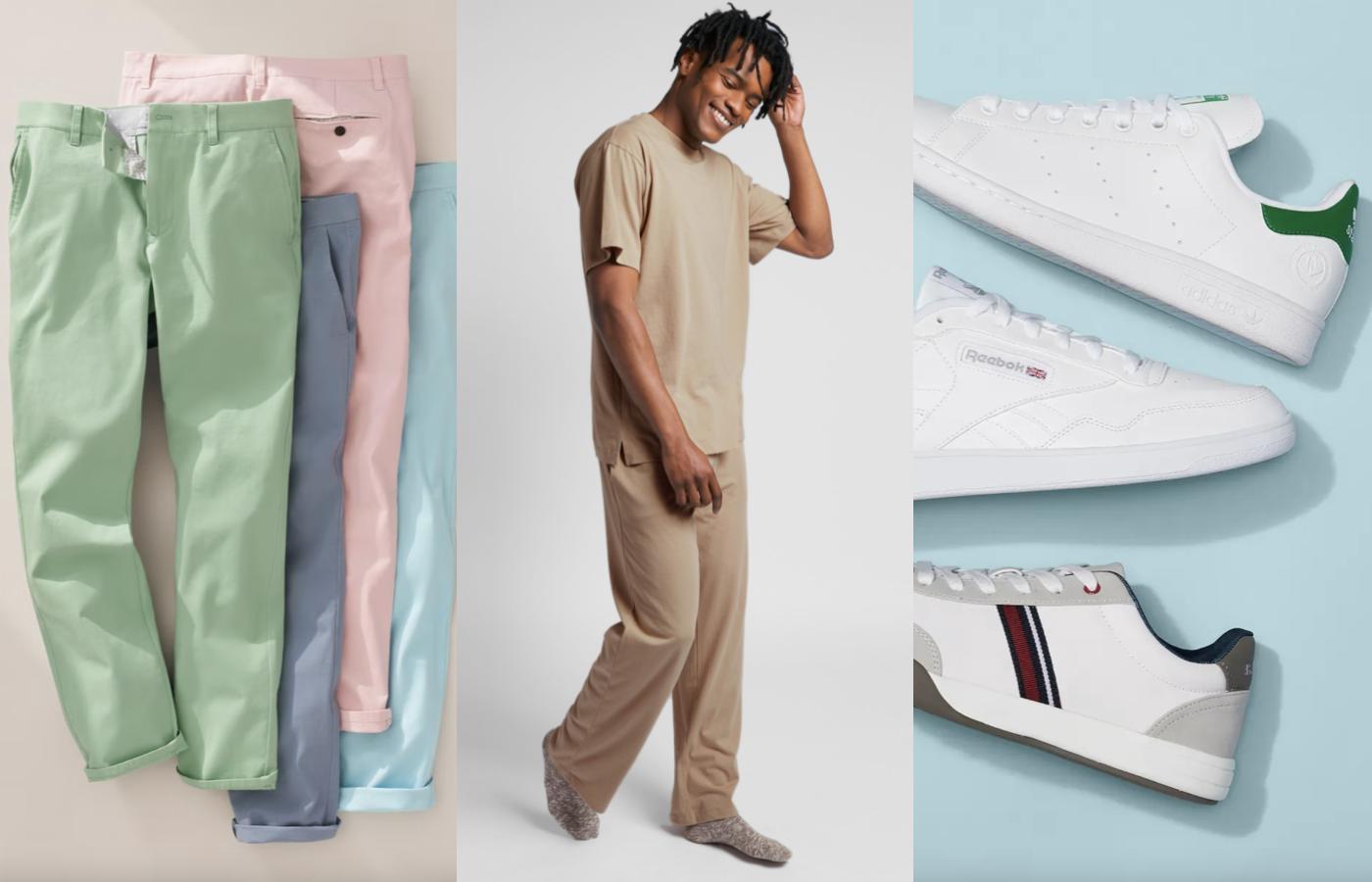