Move over Hollywood award shows: The highlight of men’s fashion this year was the NFL red carpet Thursday night. Las Vegas had no shortage of bright-colored suits, fresh kicks, and oh so much bling.

With no real fashion crimes to speak of, the only peccadillos were athletes playing it safe at an event that is now known almost as much for the surprise suit linings as it has for the hope these bright-eyed athletes will bring to their teams.

Still, in fashion, like in the NFL itself, there are winners and then everyone else. Here are some of our favorites and those we liked less

Honestly, what a breath of fresh air to see men have fun with a color other than black.

But it was former Cincinnati cornerback Ahmad “Sauce” Gardner, drafted by the New York Jets with the fourth overall pick, who went above and beyond in this category. His powder blue suit with navy blue pick stitching was only topped by the inner lining, which appeared to feature images of Gardner’s own face in a video uploaded by Cincinnati.

Gardner’s accessories included not one, but two diamond-encrusted necklaces that paid homage to his nickname and some grillz. Shoes? Spiked and with a metallic sheen, obviously.

Though Georgia Linebacker Nakobe Dean, may not have been drafted Thursday, make no mistake, he was one of the best dressed. All blush everything was the theme of his attire. White Alexander McQueen sneakers with a blush accent in the back complemented his blush suit.

But the devil is in the details. Dean spruced up his suit with a white harness. Why? Because, of course.

“Nobody really doing the harness so I was like, I’ll try it out,” he told a reporter. It worked.

Dean said a dark caramel-colored wide brim hat with a blush band “put an exclamation point on the suit.”

To top it all off, his suit opened to lining that had #WBTG stitched inside for “will be the greatest.”

Not falling behind were players like Jameson Williams, the Alabama receiver drafted by the Detroit Lions.

Williams made a bold statement with a handpicked red suit complemented with a crisp white shirt, white sneakers with red trim, and a diamond necklace with a dollar sign emblem.

“I chose white for [my parents] because it was a celebration,” he told a reporter. “But red is just my favorite color.”

A family man, we love to see it.

Finally, Ohio State’s Garrett Wilson, who went to the Jets, ditched the drab gray suit of yesterday for a Prada gray and white, color block number. He paired his modern outfit with three strings of pearls and black, military-style boots.

Listen, in this informal red carpet review, we’ll be rewarding the risk-takers and Eagles. Fashion is subjective and we (it’s just me) see the world through Kelly Green-colored glasses.

That said, one of the most controversial suits was worn by Jordan Davis, the defensive tackle from Georgia, and now-Eagle with the 13th pick in the draft.

One internet user said his black suit with red angular stripe made Davis look like a G.H. Mumm champagne bottle, another said he looked like a Red Stripe bottle. And while these are objectively fair comparisons, Davis designed the suit with his stylist, so cut it out. He said the red was “paying respects to Athens, Georgia” where he played and the bling was a nice touch.

“The bling is nice but you know this is just like a special occasion, I’m not going to be wearing this every day but I think it was cause for celebration, I wanted to put something on nice and look presentable,” he said.

The suit, along with the matching red bow tie and pocket square are growing on me. Besides, he’s already said he’d be happy to change it to green. Go birds!

Ikem “Ickey” Ekwnu’s white suit with white floral details that could be missed from afar was also rather polarizing without some context. Mainly, people weren’t quite sure what to make of the green and white striped accents along the lapel and sleeves. No, he wasn’t going to the Jets as some had postured, the suit was a nod to his Nigerian ancestry. He added a chain that bore his nickname. No notes.

New York Jet Jermaine Johnson said he didn’t have a “linear journey” to the NFL and he made sure he captured that when crafting his suit with Gentleman’s Playbook designer Tom Marchitelli, whose creations have been worn by athletes in the NFL and beyond.

The silky yellow jacket with a black floral pattern had the logos of his high school team, junior college team, Georgia, and his final stop, Florida State sewn inside.

The look was capped with a black shirt, pants, and velvet loafers.

These suits aren’t bad by any means and in some cases still better than so many celebrities. But with so many of their peers stepping it up, we would have liked more pizzazz from these players and others.

Michigan defensive end Aidan Hutchinson was dressed in a silky black patterned suit that made him look like a crooner ready to take up a Vegas residency singing Sinatra’s greatest hits before heading to the Detroit Lions. (He did include dog tags that paid homage to his grandfather and we loved that.)

A similar critique can be lobbed against Washington cornerback Kyler Gordon, who remains in the green room, opted for a patterned gray blazer with a silky black lapel that harkened a bygone era.

And while Notre Dame safety Kyle Hamiton looked amazing in his blue striped suit, he could also be confused for a hedge fund guy about to close what we’re sure would be a very big deal before making his way to the Baltimore Ravens.

6 Ways You Can Do Your Own Hair MyrtleBeachSC News

Sat Apr 30 , 2022
Do you want to save some money and have control over your own hair? If so, then you should consider doing your own hair. It can be a lot of fun, and it’s not as difficult as you might think. In this blog post, we will discuss six ways that […] 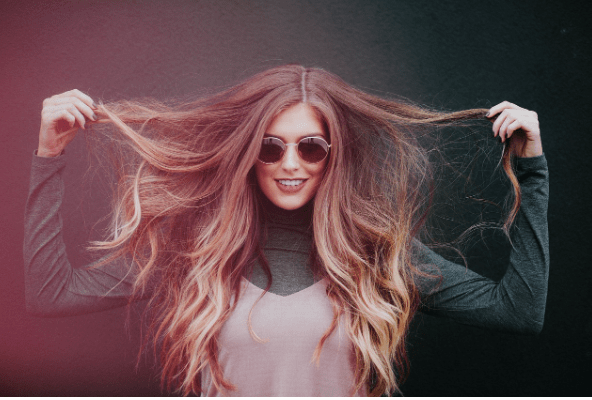