Until the 1880s, only rich people could afford nice shoes. Made mainly by hand, the hardest part was attaching the sole to the upper shoe. Only a highly skilled worker could do it, making about 50 pairs a day. Jan Matzeliger, a young immigrant from South America with a talent for mechanics, designed a machine that did the job much faster. His invention could make up to 700 pairs of shoes a day. As a result, shoes cost a lot less. In 1991, Matzeliger was featured on a United States postage stamp.

“Never settle for less than your best,” Patricia Bath’s parents told her. She never did. A doctor, research scientist, inventor and educator, Bath had a string of “firsts” in her career. She is most known for her work in preventing blindness among people lacking proper medical care. In 1981, she developed a new method of using a laser to remove cataracts (pronounced CAT-uh-racts), a clouding of the eye’s lens. Her method, used worldwide, has been credited with helping restore or improve the vision of millions of people.

When George Carruthers built his first telescope at age 10, he couldn’t have known that someday he would have a telescope on the moon. Decades later, he led a team that developed a complex camera/telescope that went to the moon on the Apollo 16 mission in 1972. The 50-pound device looked deep into space, providing photos of Earth’s outermost atmosphere, multiple stars and faraway galaxies. Carruthers also created instruments for the Skylab space station and the space shuttle program.

A high school summer program launched Sandra K. Johnson’s career as an electrical engineer. Her first job was with IBM, a giant global technology company. She worked on increasing computer speed and helped design an early version of IBM’s “Deep Blue” chess computer. Its ability to handle complex calculations advanced the field of computer science. After serving as IBM’s chief technology officer in Central, East and West Africa, Johnson started her own company in 2018. Her goal is to use technology to improve the lives of people in sub-Saharan African countries.

Completing only an elementary school education didn’t hold Garrett Morgan back. His inventions included a “safety hood” breathing device — an early type of gas mask — to protect firefighters and workers exposed to dangerous substances. In 1923, after witnessing a carriage accident, he created a traffic signal with movable arms to signal to drivers whether to stop or go. Morgan also developed hair-care products, including a straightening fluid he tried out on a neighbor’s Airedale. The fluid straightened the dog’s hair so much that its owner supposedly failed to recognize it afterward.

Mathematics led Gladys West from the Virginia farm of her childhood 100 miles north to a United States naval facility, where she did complex calculations and programmed computers for four decades until her retirement in 1998. She led teams on groundbreaking satellite projects monitoring the world’s oceans and creating a detailed model of Earth’s surface, a branch of science called geodesy (gee-ODD-es-see). Her work became the basis for the Global Positioning System (GPS). Satellite-based mapping systems are used worldwide, but not by West. She prefers paper maps.

Thu Feb 17 , 2022
News briefs Think twice before buying dietary supplements that claim to help you lose weight or rev up your sex life. The FDA is seeing an increase in sales of over-the-counter supplements that contain hidden and dangerous prescription drugs, controlled substances, or untested and unstudied components. Such ingredients may cause […] 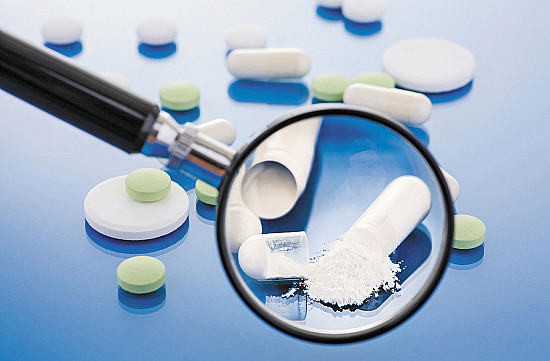